There is No Such Thing as Indestructible Art 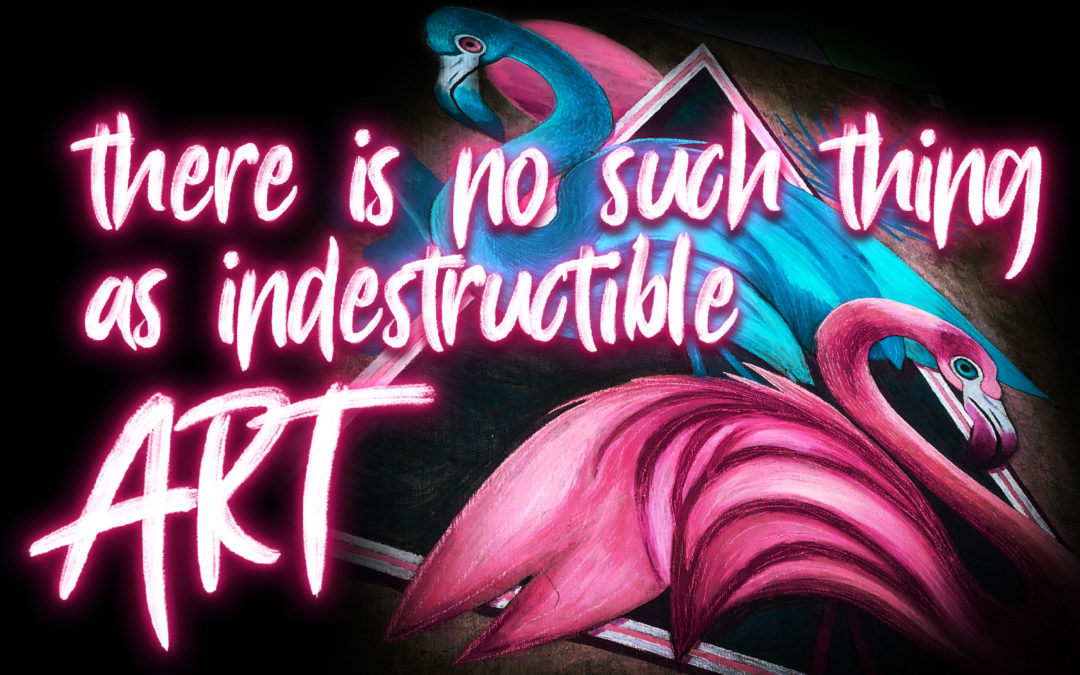 Where I live there is a community event held every summer called Chalkfest. People from the area and even outside the state come to participate.  Each person or team gets a drawing space on the 400 Block, an area downtown that has been left open for concerts, community events and just so happens to have a ton of sidewalk for chalking.

For two days, artists fill their squares in hopes of winning votes from fellow participants. It is physical work, often hotter than we Wisconsinites are used to handling, and much more difficult than most participants assume when signing up for it.

The event organizers have been at it for 15 years now so the program is pretty well nailed. Over time it has ramped up to the degree that artist spaces sell out well before the event date, community members feel as though they are missing out if they don’t see the square before the next rainfall, and it has even been featured on the cover of the area’s relocation guide. You can bet that people from all over the state travel to walk the square downtown and see the local talent.

One year I was pleasantly surprised when I saw my 5th grade teacher and her husband, who live 90 miles away. As a fellow artist, my teacher’s husband was bewildered. He said, “When I make my pottery, I have something physical that I can keep and use. How do you guys come out here and work for so long just for these drawings to wash away?”

I was hot. I was covered in chalk, sweat and sunblock. I was tired. I laughed and said, “Well you just make sure that you take a picture!” He laughed too, seeming to understand it a little better, but probably not enough to justify the time-invested-to-lasting-art ratio in his brain.

I get what he was saying, totally. To a potter Chalkfest probably seems utterly ridiculous. Prior to that I never thought of it from his perspective because I’ve always been in it to compete and it’s just a darn nice time being surrounded by other creatives and people who are enthusiastic about art.

But if I hadn’t been so tired and slow on the draw (pardon the pun), I would have formulated the correct response, which came upon me either months or years later.

There is no such thing as art that lasts forever.

If he had asked me the same question in his house, I could have responded by knocking one of his ceramics off a shelf. I wouldn’t really do that but still, you get my point.

For sure, other forms of artwork last a lot longer than chalk on a sidewalk square, but there isn’t a single piece of artwork that is impervious to destruction. Even if a photo was taken, the photo could be deleted or destroyed.

Mona Lisa? Fire. Michelangelo’s David? Wrecking ball. Nothing is safe. It’s just a matter of how well we preserve each time capsule of learning and discovery.

And that’s essentially what art is – besides something that people find pleasing to look at. On the front end, art tells a story. But there is a back end. The artist is on a journey, and that experience is indestructible. 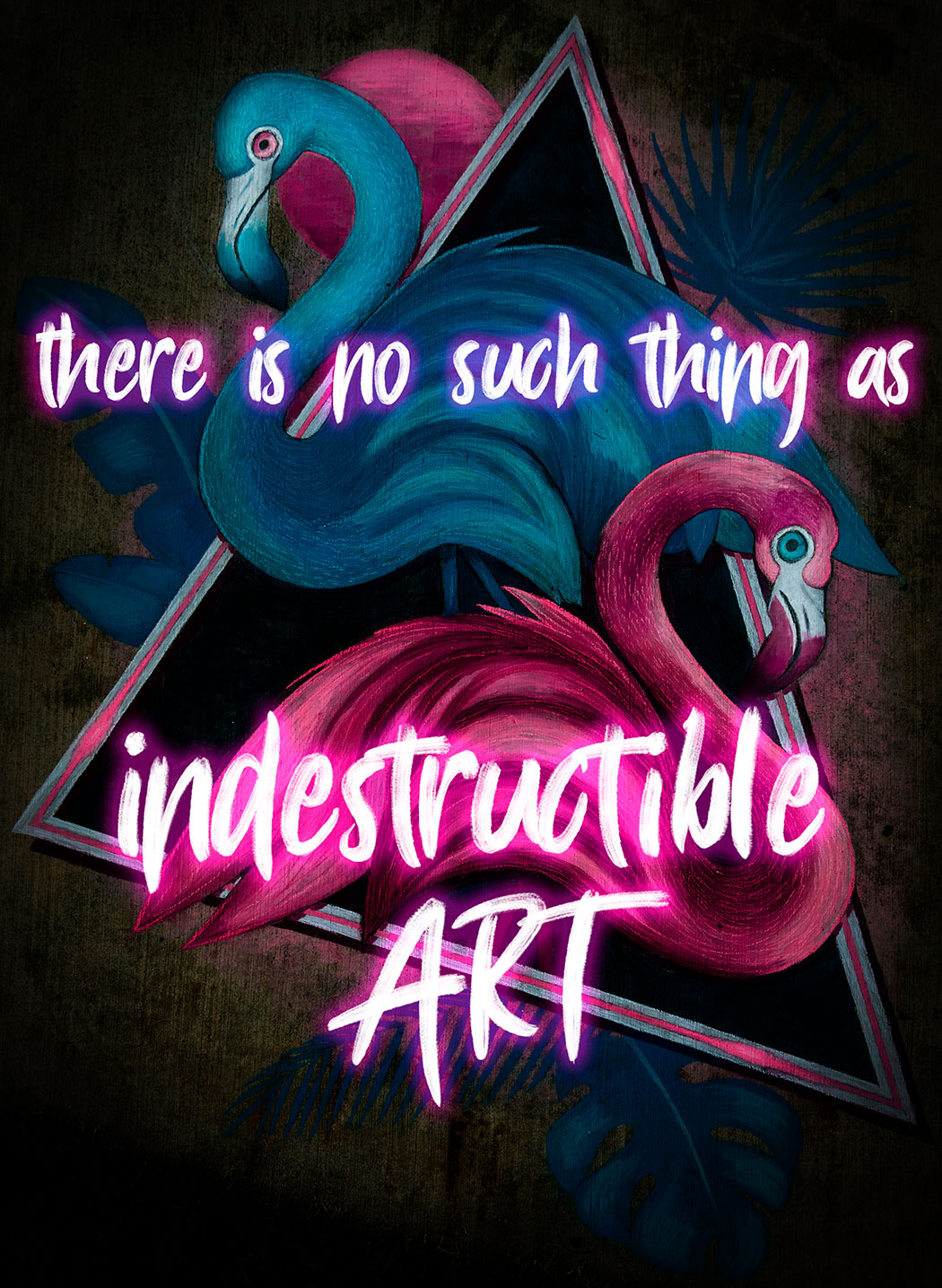 Visit my store for this hand-drawn art on apparel.  These Miami Vice inspired flamingos were drawn on a 5’w x 7’h chalk square then photographed to create techno-cool apparel. 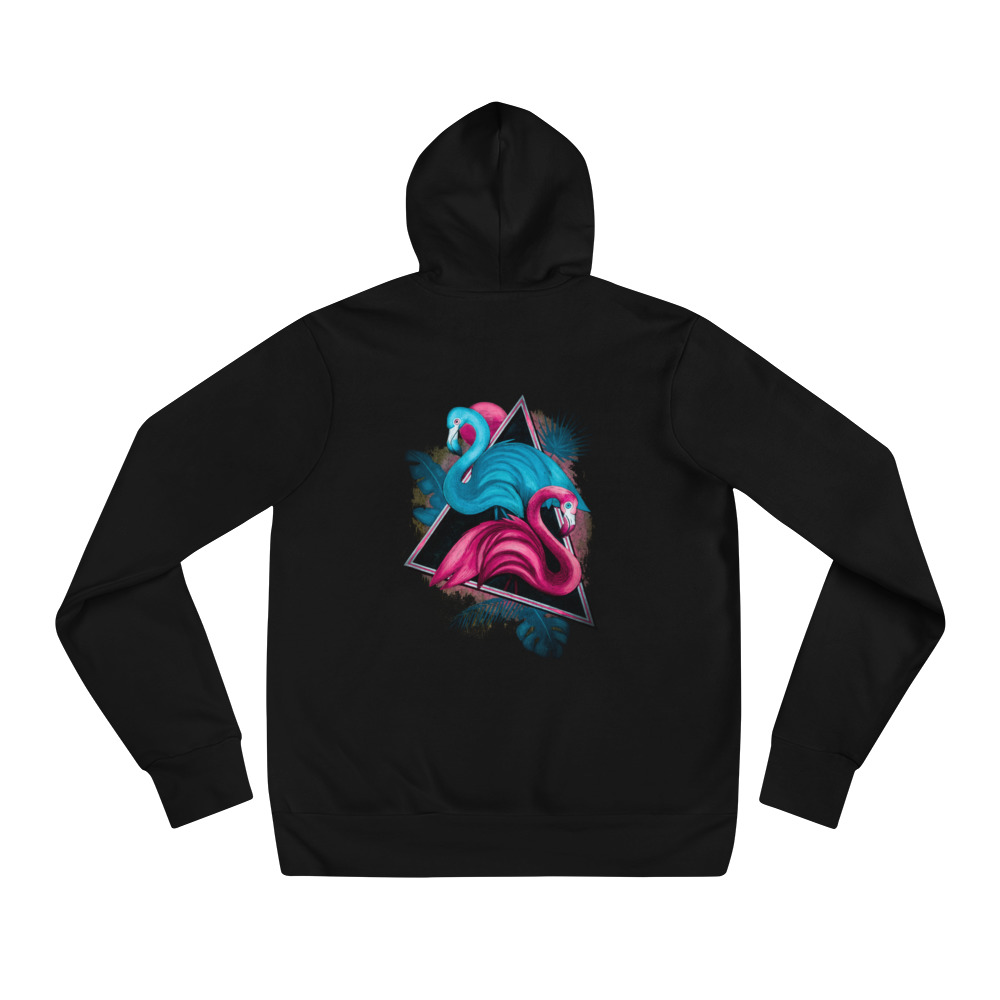 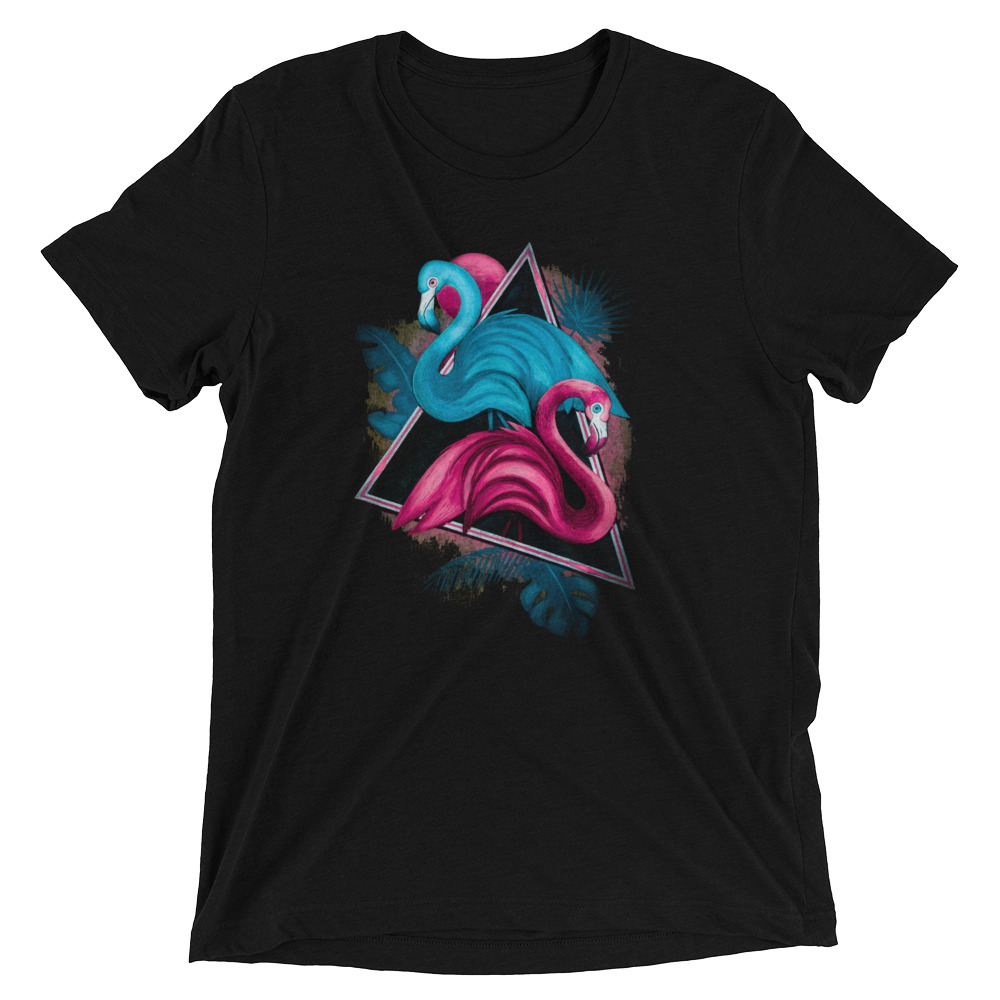